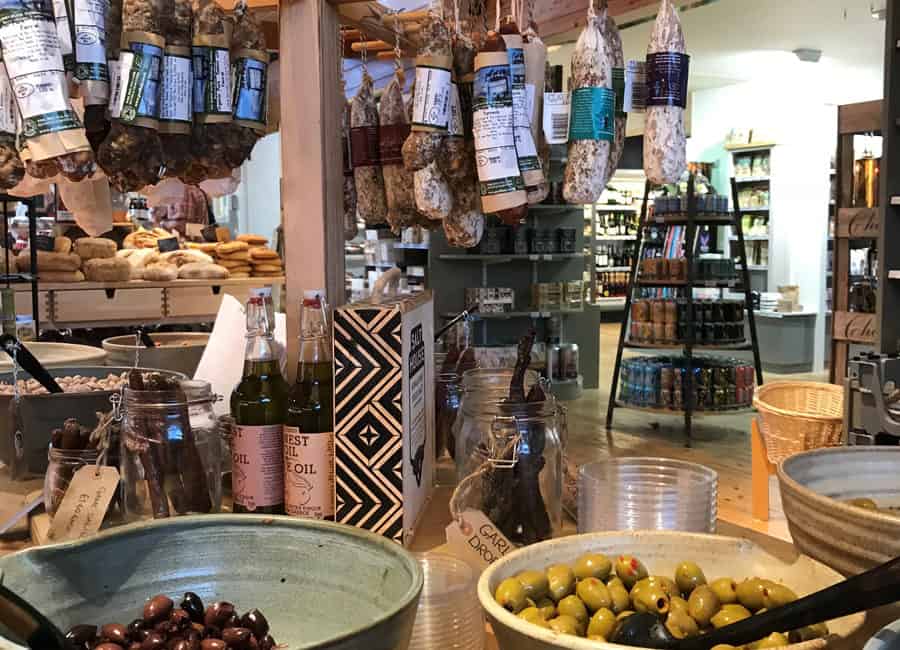 Stop…In the Name of Grub!

Over the holidays, my wife, myself and our dog Theo flew into London, then drove up to Western Scotland for two weeks of peace and quiet on the side of a Loch. On our drive up the M6, passing through the County of Cumbria, we pulled off into the “Tebay Services” area, what we would call a rest area, and my wife took Theo to run around while I procured us some coffee. Other than a gas station, the only building was a relatively non-descript structure with a sign on it that said “Farmshop”.

Let me stress, we were in a rest area on the side of the biggest highway in England, most of which feature Burger King and KFC. What I walked into was the Northern English version of Eataly. First, they had a “Quick Kitchen” offering stews, pies, soups and salads plus sandwiches, cakes and drinks to take away. Next, they had their “Kitchen’ restaurant, a cafeteria style concept offering homemade soups, a carving station with lamb and beef from the owner’s nearby farm, a deli and salad counter, home baked cakes and a wide range of hot and cold drinks.

Finally, and most improbably, they had a “Farmshop” offering visitors products that unique to Cumbria and the surrounding area, featuring items from over 70 local producers. I’m not just talking jams and jellies…which they did have. The Farmshop offered a wide selection of wines, liquors and beer, dozens of each. There was a tremendous amount of beautiful local produce. It had a traditional Butchery selling beef and lamb produced on the family farm, deli counters packed with tasty sausage rolls, scotch eggs and pies, a cheese counter, featuring the county’s specialties including Thornby Moor Dairy’s Cumberland Farmhouse and Eden Valley Brie from Appleby Creamery and a Patisserie with delicious salted caramel tarts, eclairs, scrumptious macarons, cakes and more all handmade by Cheltenham based Patisserie Box. 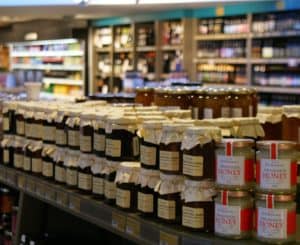 Apparently, when the M6 was built in 1972, it cut through the family farm of John and Barbara Dunning. Not ones to be daunted in the face of adversity and with a spirit of innovation that they credit to their community of Westmoreland, they started as a small 30 seat café serving home cooked, locally sourced food, which has gradually grown into the unbelievable business that it is today.

I eventually bounded out of the Farmshop to the car where my wife was waiting, bemused as to why I was a tad more excited than she was used to seeing me when leaving a rest area food court.

Clients often ask me what is possible for their property. Having been to the Tebay Services off of the M6 in the County of Cumbria, I can now confidently say that literally anything is possible. People’s attitudes toward food is changing. If this small family operation can execute this level of food and service from a rest stop, what should the standards be for our iconic museums and cultural institutions? If you aren’t sure of the answer, give us a call.