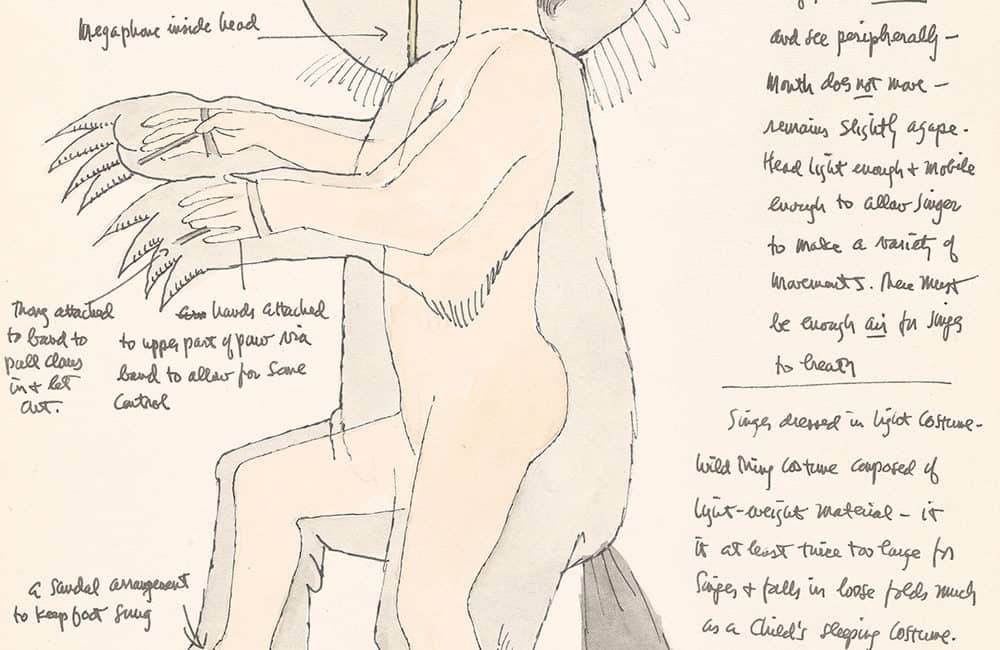 The CurEater: Because Art Nourishes Food – I’ll Eat You Up!

If I made mischief the way that Max did, chasing my dog with utensils and threatening to devour my progenitor, my wild rumpus would’ve been toast, but Max is merely sent to bed without supper. Thus begins the hunger induced, fever dream journey of Maurice Sendak’s classic children’s story Where the Wild Things Are, which serves as inspiration for a quartet of petit fours called Storybook Sweets, now available at the Morgan Library and Museum’s Morgan Café and Dining Room.

Pierpont Morgan earned his mammoth fortune and reputation financing some of the largest business enterprises that the world had ever seen, including General Electric and the U.S. Steel Corporation. In the last decades of his life, Morgan acquired a vast collection of art objects in a wide variety of mediums from around the world, including a massive repository of books, autographs and manuscripts. His collection eventually grew so large that, in 1902, he commissioned a magnificent building adjacent to his home at 219 Madison Avenue in New York City that serves as the anchor of the modern-day Morgan Library and Museum. 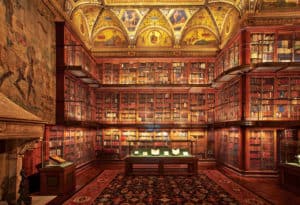 Hiding amongst the ancient leather-bound tomes of Pierpont’s collection, two first edition copies of Where the Wild Things Are gnash their terrible teeth and show their terrible claws, but do not roar their terrible roars. It’s a library. One copy hails from Sendak’s psychiatrist’s collection, while the other is inscribed to his heart surgeon. Presumably, a third copy at some point went to Oliver Knussen who, from 1979 to 1983, was commissioned by the Opera National in Brussels to compose the operatic version of Where the Wild Things Are to Sendak’s libretto; however, it is Sendak’s design for the production that is featured in the Morgan’s exhibition Drawing the Curtain: Maurice Sendak’s Designs for Opera and Ballet.

Well into his forties, the successful picture book author put on his wolf suit and set sail on a second career designing sets and costumes for stage productions including The Nutcracker, The Magic Flute, Hansel and Gretel and the aforementioned Where the Wild Things Are. “Few people know that Maurice Sendak had a long and productive relationship with the Morgan. It is exciting to focus on his work as a theater designer, which is an often overlooked but important aspect of his career as an artist,” said Director of the museum, Colin B. Bailey in a statement.

The Morgan’s exhibition is the first to highlight Sendak’s theater works, featuring over 150 of Sendak’s drawings curated from the Morgan’s collection of over 900. An array of storyboards, watercolors, and dioramas complement props and costumes on loan from The Maurice Sendak Foundation.

What truly sets this exhibition apart, however, is that it not only focuses on Sendak’s creations, but juxtaposes them with works from the artists who inspired him most, such as Mozart, William Blake, Giambattista and Domenico Tiepolo. According to Associate Curator Rachel Federman, “His designs for opera and ballet have all the beauty, humor, and complexity of his picture books and illustrations, but they also put on full display his passion for art, art history, and music.”

Drawing on the imagination of the Museum’s collection, the culinary team at the Morgan Café and Dining Room develop their creations in a remarkably similar manner. “We always take time to educate ourselves. We read the catalog and reach out to curators. Their dedication and depth of knowledge is always inspiring” said Patricia Japngie, Director of Operations for Restaurant Associates at the Morgan. “We’re motivated by each artist’s process and think it’s an interesting task to be able to reflect their story in a different medium. We always strive to do it justice.” For Storybook Sweets, the team mimicked not only Sendak’s themes, but his process. “Sendak utilized storyboards for some of his productions – plotting out narratives in sequential drawings. We found this inspiring and wondered how we could tell a sequential story with food.”

This idea grew and grew like the forest in Max’s room until, finally, the team came to the place where the wild things are. “The dessert is its own storyboard – telling the narrative of Max’s journey…sailing from his bedroom to meet the wild things and then returning back home to his own room” said Japngie. The story begins in Max’s bedroom with Buttercream Bed Cake, a chocolate buttercream cake topped with a chocolate scan of Max’s bed from the story. “The original scan was hand-drawn from the Sendak images, then printed onto cocoa butter sheets.” Next, a hand painted sugar cookie takes the shape of Max’s “private boat” (which he can somehow afford on a wolf boy’s salary) which he commandeers to seek out the Wild Things, followed by a vanilla and clementine panna cotta dubbed the Moishe Clementine. “The stripes mimic the shirt warn by Moishe – an iconic wild thing who’s scanned onto the vanilla chocolate wafer atop it.” The final frame is a milkshake, reminiscent of the glass of milk that Max finds waiting for him when he abdicates his throne in favor of a home cooked meal.

“In the case of Sendak, I would say that food was very important to him and all through his work you see instances of consumption.” Continues Associate Curator Federman, “His beloved and very personal picture book “In the Night Kitchen” is enmeshed with his memories of being in the kitchen with his grandmother as a child. People who visited him in Connecticut did well to bring him food from the city. All of which is to say that I think food functioned for Sendak as a source of comfort and nourishment that was not dissimilar to the way he enjoyed (consumed) music and art.”

The Morgan displays works of Blake and Mozart which are consumed by Sendak, inspiring the design of sets and costumes which are themselves devoured by theater and museum goers alike, as well as a culinary team that is subsequently emboldened to create a dish that would goad even the most well behaved patron to say “I’ll eat you up!”. Wild.

Drawing the Curtain: Maurice Sendak’s Designs for Opera and Ballet closes on October 6th…so run, do not sail.

Categories:
Sign Up for JGL News
Receive updates about our latest news and projects.